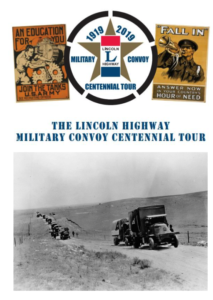 The Lincoln Highway was the first transcontinental road for automobiles in the United States, founded through the efforts of Indy 500 entrepreneur Carl Fisher and Packard Corporation President Henry Joy, it was dedicated in 1913. It winds its way over 3,000 miles between the East Coast to San Francisco, through Ft Wayne and Northern Indiana.

We joined three other Tesla owners (one Model S, one Model 3) in our 2017 X75D to cover all of the western half of the Lincoln Highway to San Francisco, and then put on the additional miles traveling in California and the West. We toured the Fremont factory, and enjoyed a leisurely trip back home through Nevada, Idaho, Montana, South Dakota, Minnesota, Wisconsin and Illinois on our to Northern Indiana. We racked up over 6700 miles, replaced some well worn tires, had a few charging adventures, and made it back without incident. 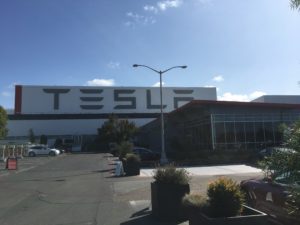 In 1919, the US Army assembled a convoy of 261 men and sixty vehicles and spent 62 days traveling the Lincoln Highway from Washington, DC to San Francisco,noted in the New York Times as ” The Most Important Road Trip In American History. The 1919 Military Convoy experiences were formative experience for a young Army Tank Corps Officer who made the trip and years later led in the creation of the Interstate Highway System – LTC Dwight Eisenhower.

The 2019 Military Tour retraced the original route of the 1919 convoy from August 31 through September 16, 2019. The tour started at the White House, just as they did in 1919. We had 174 pages of turn-by-turn instructions shown above. While much of the Lincoln Highway is generally aligned with US 20, US 30 and Interstate 80,  the original route that we followed is often on secondary or in some cases county roads. Some sections of the original route from 1919 are gravel, and a portion in Utah (part of Toole Army Depot) are 4 wheel drive only – so we took the desert long way around.

Several Lincoln Highway Association members have compiled a map of the present day EV charging sites (L1, L2, DCFC, and Tesla), and making a point to locate and photograph early charging stations along the highway. Quite a few of the buildings are still standing. It’s interesting to note that in 1916, it was possible to drive from New York to Omaha, NE in an electric vehicle! 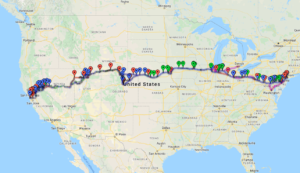 I’ll be posting a series of “Lessons Learned” posts and invite your comments. More info soon.

For example, on a Wandering Road Trip