How deep is the Tesla home-court advantage in 2019? I found this comprehensive answer on Quora . 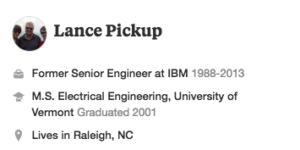 As answers scroll past quickly, I wanted to capture this:

Written by Lance Pickup
Lance Pickup, Been driving electric for over 8 years
Answered 22m agoI would not say they are light years ahead, but they are definitely well ahead.

When I consider how far along a particular company is in their transition to EVs, I would look at things battery manufacturing infrastructure & cost; battery quality; range achieved; charging speed; charging infrastructure (whether deployed by the car maker themselves or not); dealer network; service network; overall cost of the car; demand for their cars; overall technology in the car. I’m sure there are other things you could look at, but this is a pretty good start.

Let’s break these down. For each of these I will assign a “figure of merit” indicating the extent of the lead I believe they have over their competition. You could consider this a number of years in some cases, but sometimes it’s not so much a “time” figure.

Battery manufacturing: While a few other car makers have committed to sourcing large quantities of batteries from 3rd party suppliers, Tesla actually has a battery “gigafactory” up and running. And while their partner Panasonic actually manufactures the cells, they have a very close working relationship with Panasonic and are heavily involved in cell research and development. They also have an stationary energy storage business line which further enhances their economies of scale which should give them a significant advantage over the competition.

Overall advantage: 6
Battery cost: Tesla is apparently at $100/kWh at the cell level and should be at $100/kWh at the pack level in 2020. This is significant because that is the point at which EVs will become cost competitive (unsubsidized) with internal combustion vehicles. GM is probably not too far behind, as they were at $145/kWh in 2016. A BMW board member supposedly said they didn’t expect battery costs to hit that level for at least another decade, so I will say they are very far behind. I do think Tesla has a lead here, but the competition could catch up pretty quickly if they are serious about moving to EVs.

Overall advantage: 3
Range achieved: Tesla is still the king of range. True, you still pay for it, but if you need it, it is available. The Model 3 long range can achieve 310 miles, whereas the GM Bolt is still back at 238 and the 2018 Nissan LEAF is only at 150 miles (the 2019 LEAF plus should be “over” 200). These are not real impressive, although I do expect GM should be able to have an upgrade to the Bolt in the next 2 years to get it up close to 300 miles. More worth noting is the Hyundai Kona EV and Kia e-Niro which are offer a very affordable 250+ mile range. So the competition is coming, although it’s not quite at the 280 mile range that I’d like to see for true long distance capability.

Overall advantage: 3
Charging speed: Tesla vehicles can charge at 120kW today. Most other EVs charge at 50kW (LEAF), 80kW (Bolt) and 100kW (Hyundai/Kia and Jaguar). New vehicles coming out in the next year or two SHOULD support 150kW (and in the case of a few (Porsche), 350kW). So Tesla still holds a lead, although it might be slight. I don’t actually think there is an urgent need to go above 150kW.

Overall advantage: 2
Charging infrastructure: The Tesla Supercharger network is a huge competitive advantage for Tesla in that it enables true long distance travel. The advantage is significant in the US where there is very little in the way of a CCS/CHAdeMO network. The ElectrifyAmerica network is starting to roll out, but Tesla has a significant lead here, and even once ElectrifyAmerica is fully built out, it will still be far behind the Supercharger network. In Europe, the advantage is not quite as significant as Europe does have a pretty good CCS network building out. Although it should be pointed out that Tesla vehicles will soon be able to access that CCS network themselves. I could easily give Tesla an advantage of 5 in the US and China and 2 in Europe, so I will rate them an overall 4.

Overall advantage: 4
Dealer network: Here is an area where Tesla gets a negative score. Clearly Tesla lacks a significant dealer network, although their sales model does not rely on the traditional dealer. In fact, it has even been shown that a traditional dealer model actually hurts EV sales, as salesmen are more inclined to push gas models ahead of EVs. Nonetheless, lack of a dealer network impacts Tesla’s ability to sell and deliver new vehicles. I think they are more than a few years behind having a competitive dealer network.

Overall advantage: -4
Service network: Same basic comments as the Dealer Network. Again, Tesla is changing the model with mobile ranger service vehicles, but those are still limited by the number of bases. And as the size of the Tesla fleet grows, having adequate service centers is going to be a critical disadvantage for Tesla.

Overall advantage: -4
Overall cost: This is related to battery cost in the sense that the overall cost of an EV is heavily dependent on battery cost. But aside from battery cost, there is the element of a producing an affordable, but usable EV. I don’t think Tesla is there yet. I don’t think the competition is either though, so I’m going to call this one awash.

Overall advantage: 0
Demand: I think sales figures speak volumes, although it possibly doesn’t tell the whole story (in the case of manufacturers simply not producing enough). The Hyundai/Kia EVs and the LEAF in Europe have healthy demands that may even be close to the Model 3, and almost certainly on a sustained basis. But overall, I have to say that the Tesla demand is probably well ahead of the competition still until we see some more models become widely available.

Overall advantage: 3
Overall technology: This is a tough category to measure. In certain ways, Tesla is way ahead. Over the air updates and autopilot are particular areas that Tesla holds a clear lead. And even though the Tesla infotainment interface is spectacular, lack of technology like Apple Car Play and Android Auto put it somewhat behind. Overall, however, I would have to give Tesla a slight edge on the competition here.

These categories are not really meant to be weighted equally, although if you do, you come out with an overall advantage of 1.5. I think that does put Tesla ahead of the competition, and certainly if you compare Tesla to any particular brand, it is even further ahead that such an average rating would indicate. But I do think if other automakers were serious about catching Tesla, they could probably catch up reasonably well in a 4–5 year timespan. Of course Tesla would have moved the goal posts by then.

If you are an INTOC member in good standing, you can share other stories here as long as you provide credit to the original author.  You can join here